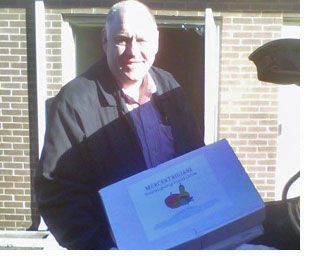 Mike Zupan loads boxes of Thanksgiving food items donated by the firm's attorneys and staff for transportation to the Carpenter's Shelter, the largest homeless shelter in Northern Virginia.

Attorneys Reach Out in Richmond 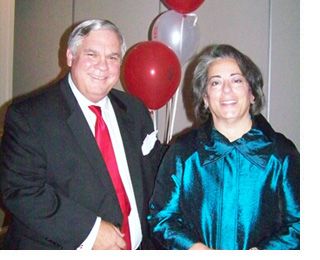 David and Pia welcome attorneys and staff to the annual dinner at the Mount Vernon Country Club where the group celebrated the firm's fourth year of business. 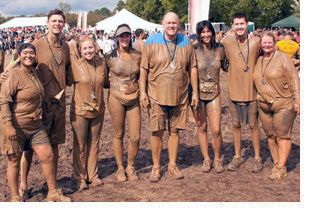 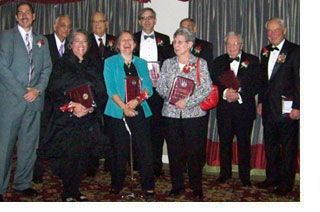 The Italian American Business and Professional Societa presented Pia Trigiani with an award for her leadership in Richmond's legal community. Pia joined nine other distinguished Richmonders of Italian descent named to the Societa's 2011 Hall of Fame, including Richmond Times-Dispatch publisher, Thomas Silvestri (back row, fourth from left) and former Viet Nam POW, Paul Galanti (back row, seventh from left). 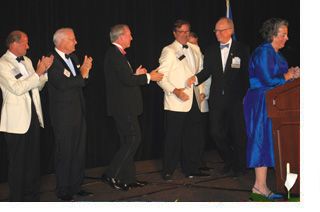 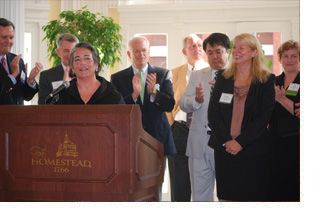 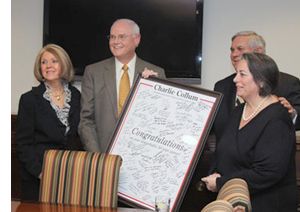 David Mercer is interviewed by WCVE-TV23, Richmond's public television station. He is being featured in a "Virginia Currents" program discussing his leadership with "Lawyers Helping Lawyers," a statewide, 24-hour, peer counseling program for attorneys, judges and law students suffering from substance abuse and mental illness. The program will air during October in Richmond, Charlottesville and Northern Virginia.

Cheering the Nats on Opening Day 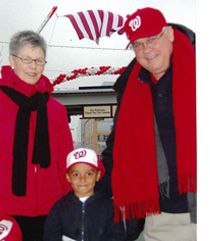 David and Nell Mercer take grandson, Jacob, to the opening day game of the Washington Nationals. 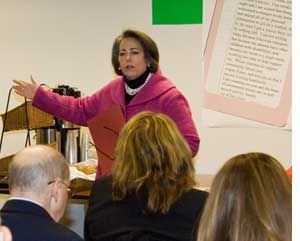 David and Pia teach a "Rule of Law" class for 8th graders at Alexandria's Francis Hammond Middle School. The attorneys used real life situations to illustrate how the "Rule of Law" is simply an agreement allowing everyone to play by the rules. The "Rule of Law" project is designed to inspire students at an early stage to become active citizens and to learn about the rights protected by the Rule of Law in the United States.

After taking her oath of office, Steve Busch, ex-officio, introduces Pia as president of the Virginia Bar Association. Past VBA presidents congratulate Pia as she greets them on stage. The VBA is a statewide, voluntary professional organization of 5,500 attorneys and judges.